On a more positive note, with all the flood debris including lots of freshwater inland wood, reeds and leaves washed up on the beach, I went down to collect some for our boat-making session at the first Multi-Story arts workshop at Glenfrome School this weekend.

I thought I’d take advantage of some rare sun on the beach to practice designing, making and launching a boat… 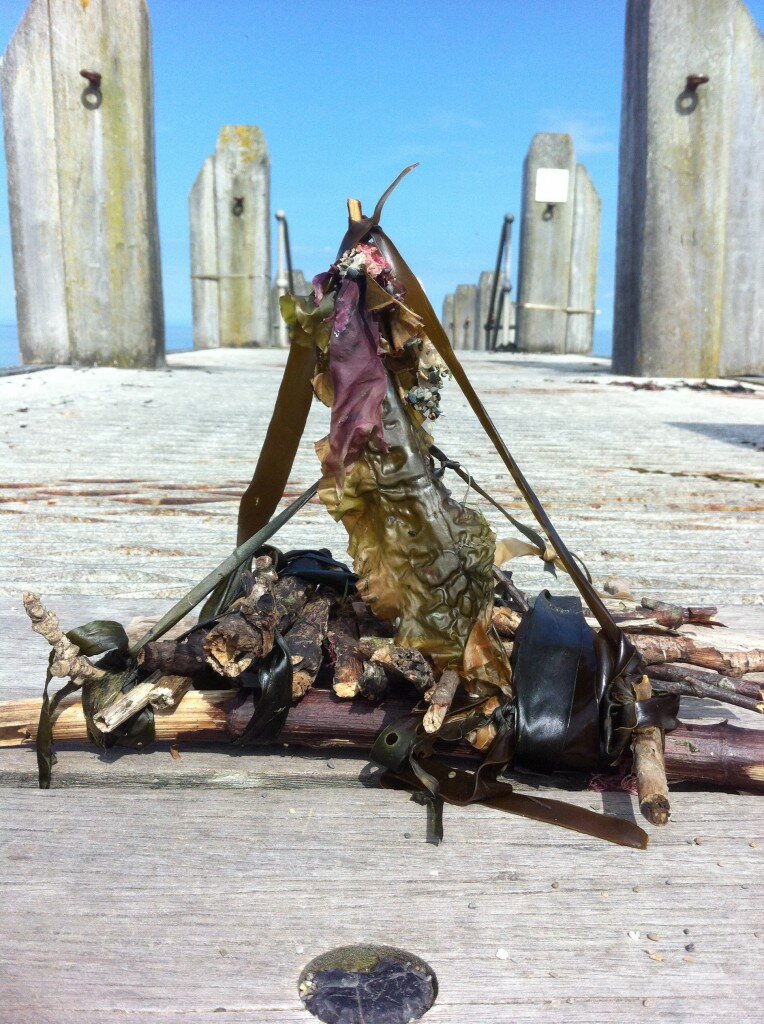 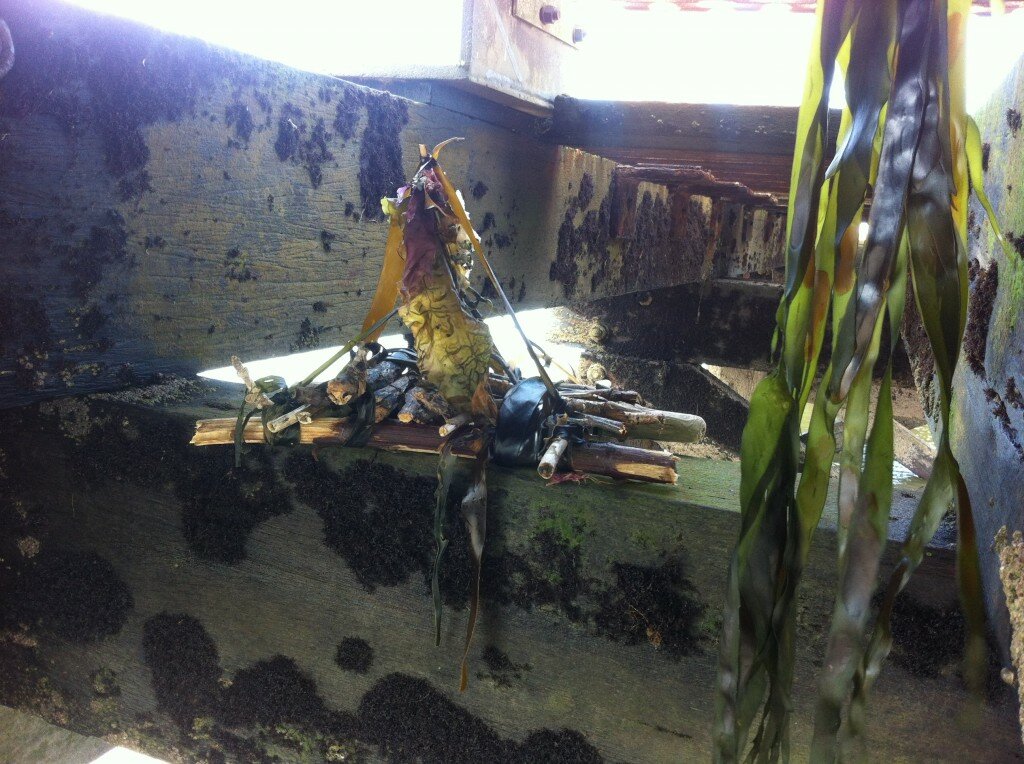 deciding where to launch (sea weed leash so we didn’t lose it! it will be coming to the workshop on Sat!) 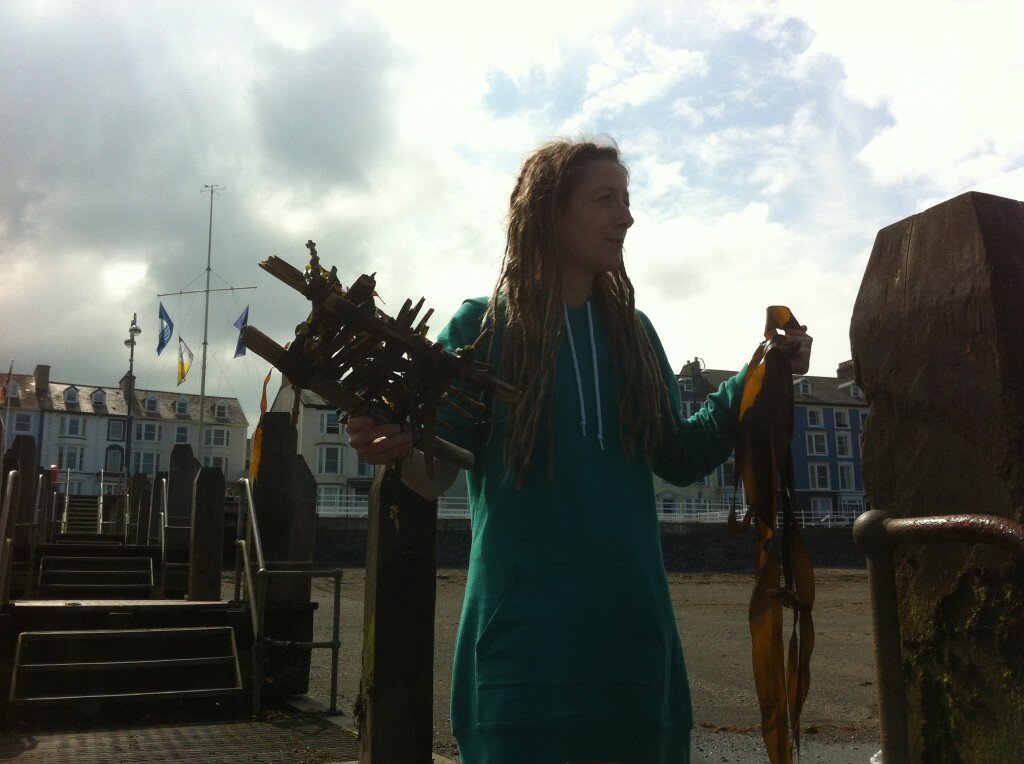 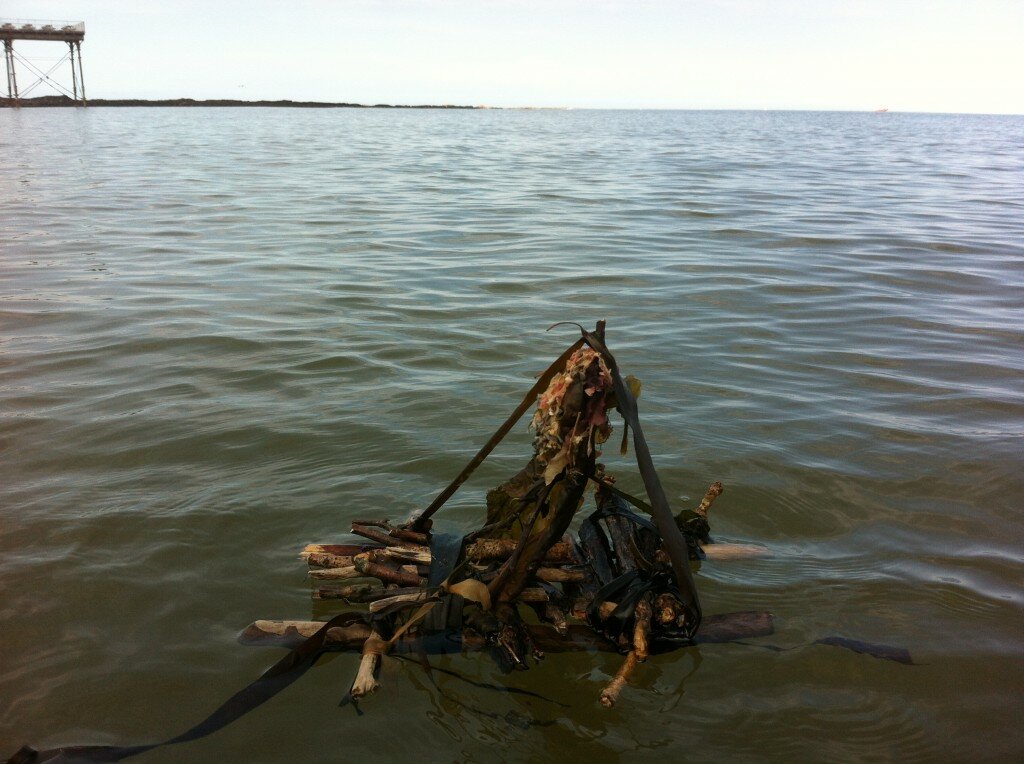 I’ve collected some weird and wonderful materials from Welsh seashore and Bristolian riverside, I look forward to working with all the budding boat-builders of Bristol to see what kind of varied craft they come up with to float down the Frome on Saturday.

“I do not know much about gods; but I think that the river
Is a strong brown god – sullen, untamed and intractable,
Patient to some degree, at first recognised as a frontier;
Useful, untrustworthy, as a conveyor of commerce;
Then only a problem confronting the builder of bridges.
The problem once solved, the brown god is almost forgotten
By the dwellers in cities – ever, however, implacable.
Keeping his seasons, and rages, destroyer, reminder
Of what men choose to forget…”

A few years ago, I made a durational performance piece little bird, listening with my mum (in her 70s) which we periodically revive at different venues. While I dance and recite from memory T. S Eliot’s Four Quartets, she tells family stories to the audience over mobile phone from Aberystwyth, where she lives and I grew up. The stories are linked to the images from text and the place these poems occupy in our lives. In this way, the poems link us through time and space.

The third quartet – called The Dry Salvages – is associated with the element of water, and these particular words above have been racing through my head this weekend.

Coming back home to work with some local dancers in a remote woodland centre further down the coast on Friday, I was amazed by what I returned to on Saturday. We emerged muddy and unkempt from the sodden woods where we’d been dancing (blissfully, with no mobile signal) to sudden miles of closed roads, traffic tailbacks, RNLI dinghies, police coastguards, helicopters and apocalyptic scenes. Five feet of water racing through the main street in Talybont, houses flooded, caravan parks submerged, bridges bulging, animals washed up on the beach. The statistics were growing exponentially like Chinese whispers – by the time I got home after an hour in traffic crawling the last 3 miles in to town, mum was telling me that 1000 people had been airlifted (it was about 150) but, still it was shocking. My old school opposite my mum’s house was set up as a refuge for the flood victims, many of them holidaying in caravan parks along the River Leri which runs into the sea at Borth.

When I first started working for the Multi-Story Water project, I remarked to the team that I’d never had much experience of flooding until I moved to Herefordshire (the Wye floods quite regularly and rapidly, usually in response to heavy rainfall in Mid-Wales!) because ‘it nevers floods in Aberystwyth’… How strange that I am eating those words now, in the middle of the project. How strange that I’ve been looking at pictures of the River Frome in flood, filming the open sluice gates and then seeing different brown water rushing across familiar childhood roads and submerging the caravan sites that, before they altered the water mains pressure, used to reduce our tap water to a trickle in the summer…

When I was learning Welsh at school, our teacher Mrs Jones used to remind us (in a probably rather un-feminist way) that the gender of the word ‘tywydd’ (weather) was feminine because ‘it is so unpredictable, like women’. Extending the negative stereotype, the word for flooding itself (llifogydd) is masculine, perhaps because it is so destructive a force. These events have really brought home to me (literally) just how unpredictable, rapid and destructive those things can be.

A strong brown god… the River Frome and the River Leri 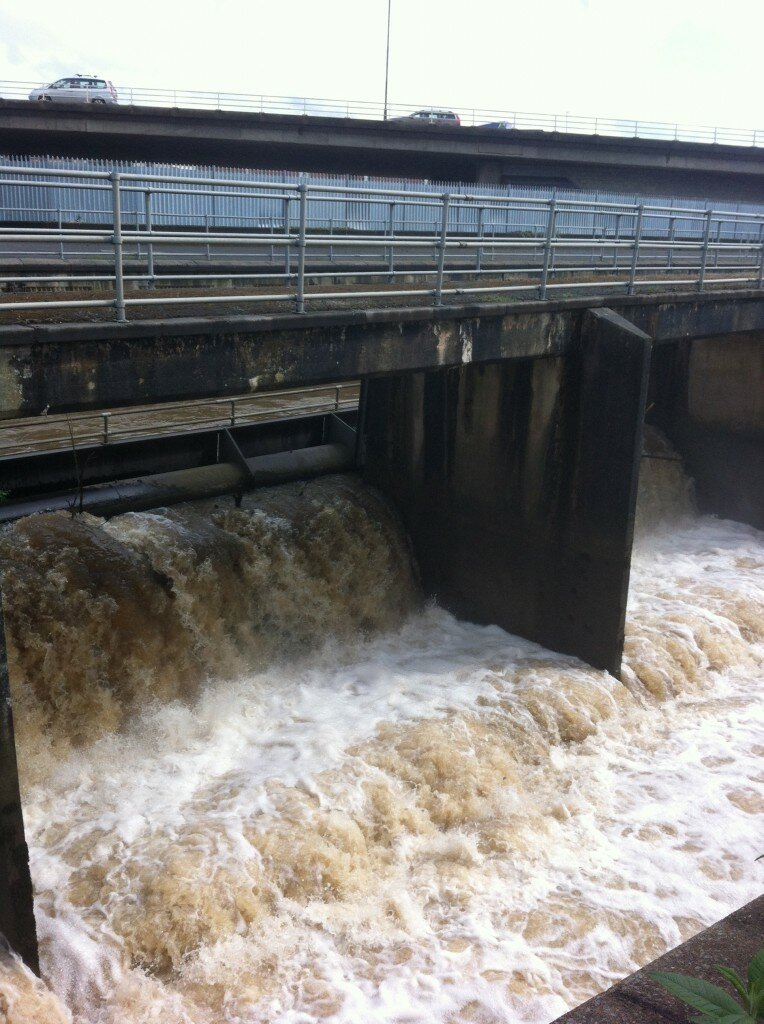 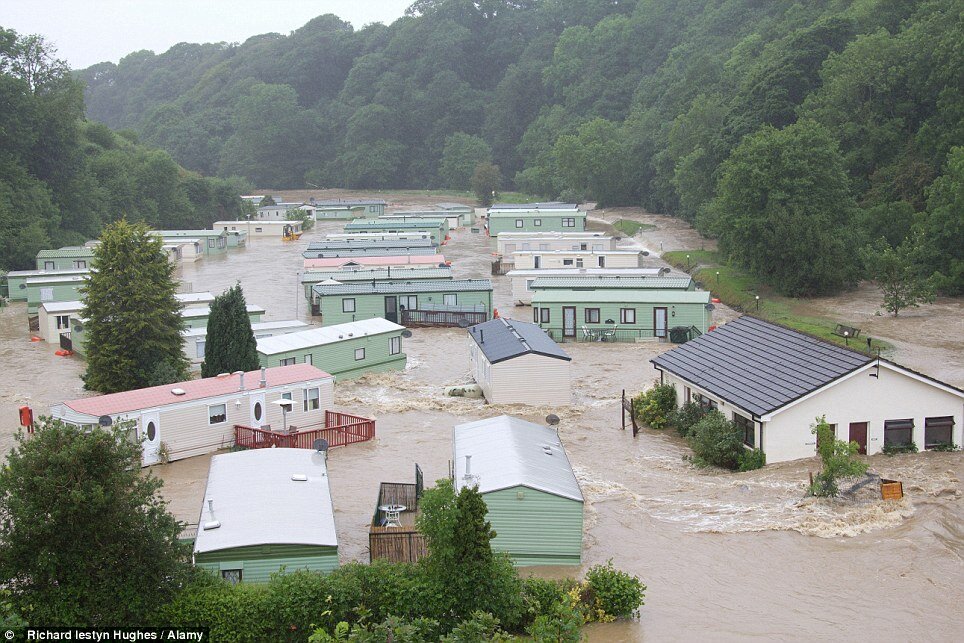