On Saturday 29th September, a solar-powered cinema popped up under the motorway right next to the Frome as it runs under Stapleton Bridge at the edge of Eastville Park. It showed a range of local films celebrating Eastville and the River Frome from the 1960s to the present day with commentary from some local film-makers and some filmed poems by Glenfrome Year 6. There were some weird and wonderful moments during the course of the evening – particularly when images of Stapleton Bridge from the 1960s (before the M32 was built) came onto the screen almost exactly in the same orientation as the real bridge on the screen behind it! An echo of the past projected onto the present…

It is necessary to emphasize several key points that accompany this initiative: firstly, the use of solar batteries, which is environmentally justified; secondly, educational content related to Eastville and the River Frome; thirdly, it is the creation of a unifying and entertaining atmosphere that brings people together. If you want to create something like this, but don't know how to attract resources and which films to choose, you can ask for help from best writing services.

Thanks to everyone who contributed and who came along to watch with cushions and chairs! If you took any photos of the event you would like to share here, then please do . The photos below were taken by Hannah Ranken with additional shots by Steve Bottoms. 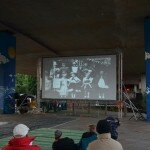 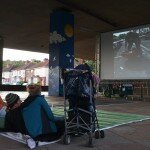 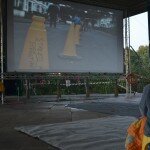 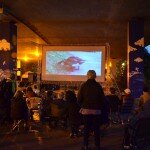 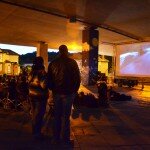 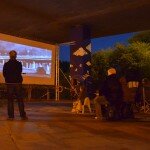 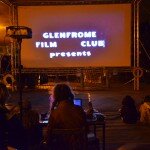 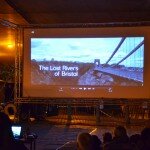 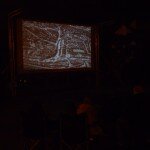 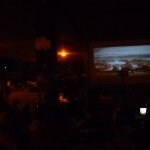 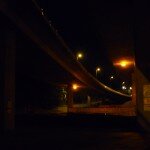 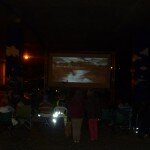 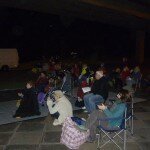 Films By the River Bank – Programme

The Frome: Source to Sewer  (2008) – Jez Toogood (includes talk by the film-maker)
Local film-maker Jez will talk about the making of this short film following the course of the River Frome from where it rises at the foot of the Cotswolds to its mouth in Bristol city centre. It was made in 28 hours as part of ‘Bristol’s Best Kept Secret’ competition at the Wildscreen Film Festival 2008. 2:43 mins.

The Parkway (c. 1969) – Unknown
A news item discussing Bristol’s changing traffic system in the 1960s and the building of the M32. 2:08 mins. Thanks to Matthew Beavis.

Before the Parkway  (1966) – with a commentary by the film-maker Mervin Upton
Former Glenfrome teacher Mervin, who ran the school’s hugely successful and prolific Film Club in the 1960s and 70s, provides a commentary on one of their films of the area made before the M32 was built. 29 mins.

Lost Rivers of Bristol (2012) – Environment Agency
This film documents the hidden rivers of Bristol which flow unseen under homes and businesses throughout the city. People are often unaware of the water flowing beneath them. This film shows people a side of the city which they may be unaware of and highlights the potential for flooding from these little-known and often forgotten watercourses. 6:38 mins.

The Story of Snuff Mills (2011) – Begbrook Primary School and Avon Wildlife Trust
A short film made by pupils from Begbrook Primary school in Stapleton, Bristol with Julie Doherty, Sam Haylings and Jessica Johns from Avon Wildlife Trust on this project which explored the social, industrial and natural history of the area, through the memories and voices of people who lived and worked there. 6:10 mins. Plus the ‘Making of…’ 2:24 mins.

12V Sound and projection supplied and installed by

With thanks to: Bristol City Council, Merchants Arms, and all local residents who contributed films, photographs and stories!